We all love our contemporary 1911s, with all their bells and wistles, but we have to admit it. The era when a 1911 could be fully disassembled using only its own parts as tools, is long gone. Starting from the grip screws, where the hex-headed ones are now standard equipment from several manufacturers, moving to the full-length guide rods, which also require a hex bit to remove, etc.etc.. And of course, if we are talking about a customized 1911, a bushing wrench is a necessity.

In the past years, I have again and again wondered, when someone would come out with a multitool, like the well-known Leathermans of this world, which would include all the tools a 1911 shooter needs. I actually have reached the point of thinking to customize my Leatherman Wave, to convert its can opener to a hald-bushing wrench. Still, that wouldn't solve the problem with the hex bits.

Well, today a Fedex man brought me a package. Upon opening it, I found the following item: 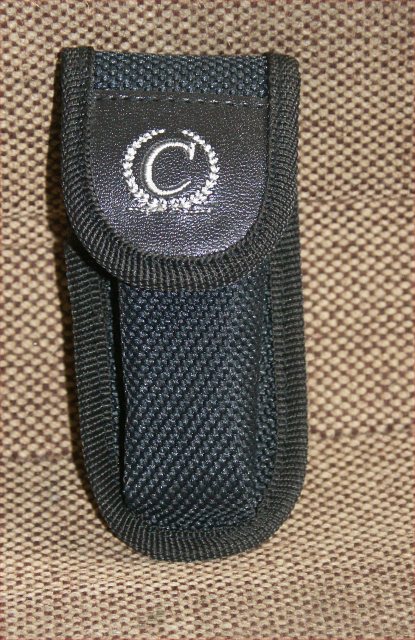 Beind the adventurous type, I didn't spend time reading the packaging and opened it, to remove this item. Looked like a pocket knife or something. Well, close, but not exactly. Upon opening the nice Cordura seath, I found a multitool. The handles were covered with a rubber-like compound, which gave the tool a nice solid feel. 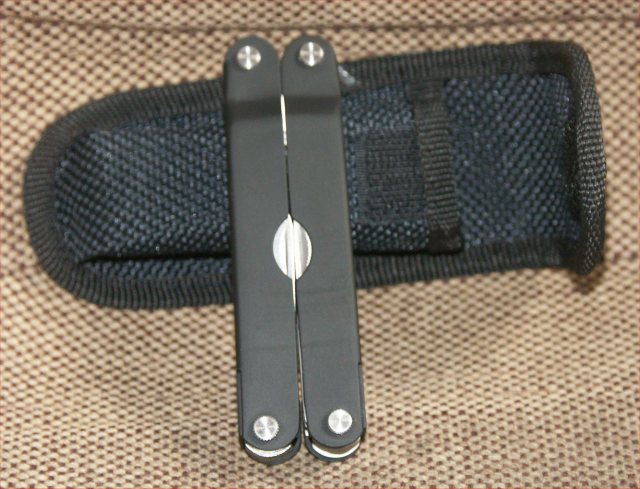 I opened the handles and revealed the expected pliers, only these are not like any other pliers I've seen on a multitool. See what I mean? 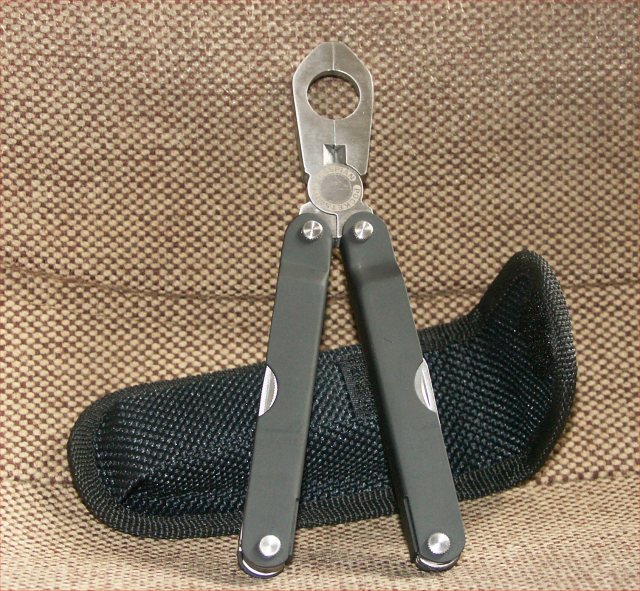 Now, why on earth is that large, round hole there? Well, the secret is revealed when you turn the tool around. 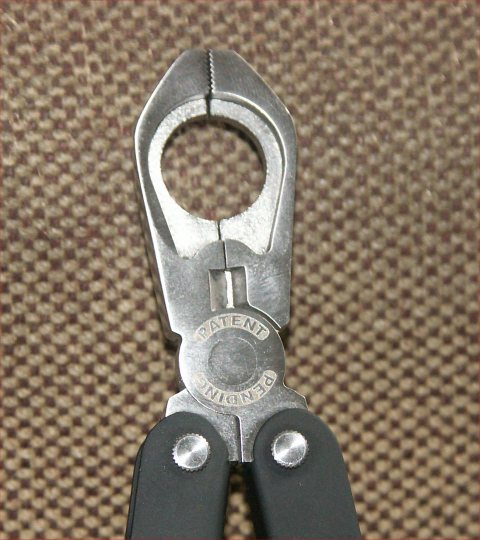 Yes, folks, what you see there, is a bushing wrench! Neat!!! OK, let's see what other things are there. The tools hidden in the one handle, are shown below: 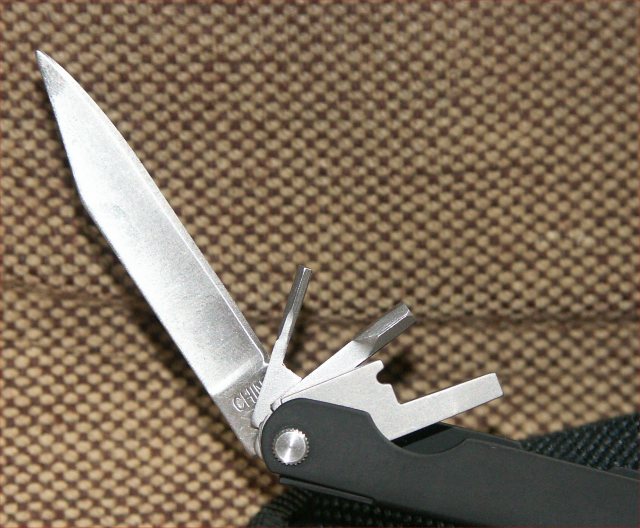 A quite sharp utility knife, two hex bits and a small screwdriver bit. The hex bits are 3/32" and 5/32", while the screwdriver bit can be used as a bottle opener too. The smaller hex bit is supposed to fit the typical hex-head grip screws. On my sample though, it looks as if it was kind of smaller, so you had to be extra careful, not to damage your screws. The larger one was a perfect fit for the hex-headed full-length guide rod of my 9mm pistol. In the other handle, the following tools were available: 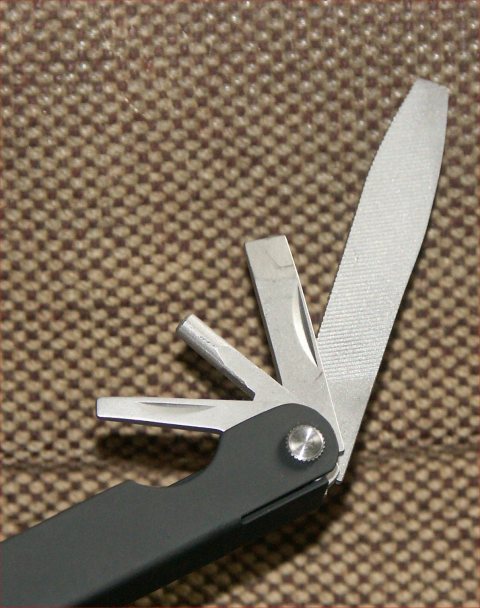 A file, a round punch for pushing out the mainspring housing pin, a screwdriver bit, large enough to handle the grip bushings (and can also be used to push the plunger in, when re-installing the thumb safety) and a smaller screwdriver, perfect size for the magazine release catch. Finally, at the base of the pliers, there is a wire cutter.

OK, I have to admit, this is indeed a pocket smith! From the tools I normally need to take my 1911s apart, the only thing missing, was an even larger hex bit, which exists on the guide rod I have on my .45 ACP pistol. But that can be easily arranged. With some Dremel work on the point of the file, this can be reduced enough to fit the hex head of the guide rod.

Overall, I was impressed with the usefulness of this tool. It has hardly been used yet, so I can't comment on the quality of the various tools, I really hope it is as good as the other Caspian products. At 49.95 US$, it won't break your financials and it is a worthy addition to your other tools.

What I would like to see in addition to what is already there? A lock for the knife blade, and of course the hex bit for my second guide rod. Oh yes, and the option to have your name engraved on it, I am sure that if I take it to my usual shooting range, a lot of people will be eyeballing it. LoL

Gary, thanks for a very useful tool.