This is a conversion kit for the M-1911, which will be introduced in the winter SHOT Show in Las Vegas. I was aware of that kit since August 2003, when its inventor, Peter Spielberger had contacted me and had sent me details about it. However, since this was going to be a patended part, I was not at liberty to disclose any details. Now, the kit is available to the consumers, manufactured by Hogue Tools Inc. and marketed in USA by Hogue Grips. In Europe the Avenger is the called the "PowerSpeed-Avenger" and is markeded by PowerSpeed Trading Ltd. exclusively - not only as a conversion kit, but also as a complete gun. The first 250 units will be inscribed in a collector's fashion and serialized accordingly.

So what is the Avenger?

Well, like other conversion kits, it consists of a whole top-end, i.e. a whole barrel and slide assembly. The interesting thing in this kit, is that it uses a fixed barrel, thus eliminating the tilting barrel setup of the original Browning design, with immediate potential benefits in the accuracy of the pistol. The Avenger is a "Fixed Barrel Conversion" for the M1911 with "Delayed Blowback" mechanism.

The slide itself features adjustable sights, while you can also mount a Picatinny rail for scope mounting, as shown below:

It also features twin ejection ports, and the user can select the side to which his empties would be thrown out from. Finally, at the rear of the slide, you can find some low-profile cocking handles. The whole top-end is mounted on the 1911 frame in the standard way, using the slide stop.

According to the manufacturer:

The Avenger is an entirely new handgun action that is different from anything else ever made before! This new action eliminates the problems associated with using a fixed barrel with high power cartridges. The Avenger is not gas operated and in comparison installs easily on the frame and doesn't suffer from gas operated fouling problems, in fact, the Avenger even works well with lead bullets. The extreme accuracy comes from a match barrel fixed in place with the sighting device, there is simply no movement between the sight and the barrel. The fixed barrel eliminates the need for the costly gunsmithing required to precision fit a conventional slide and barrel. Installation is so simple you can take the Avenger upper off and put the stock slide on in a matter of minutes.

The inventor, Peter Spielberger had send me the following schematics back in August: 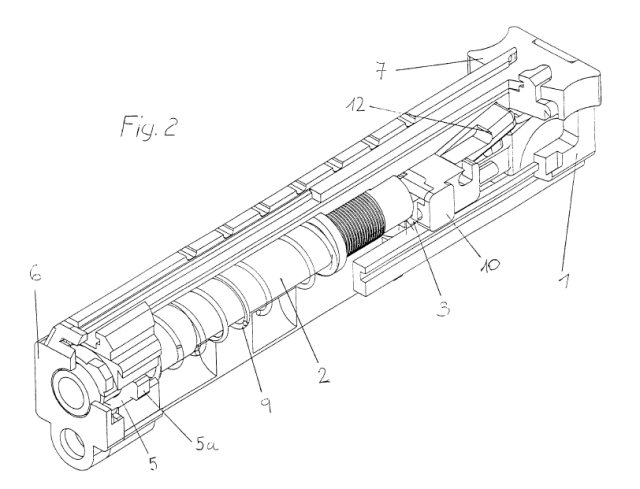 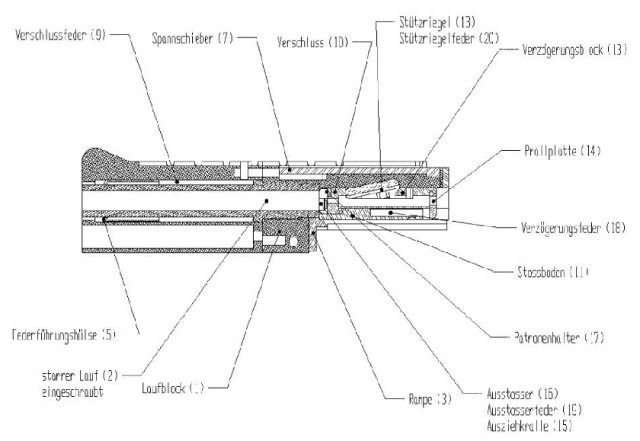 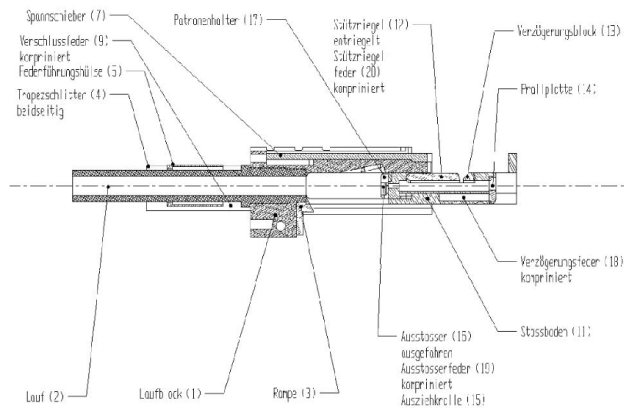 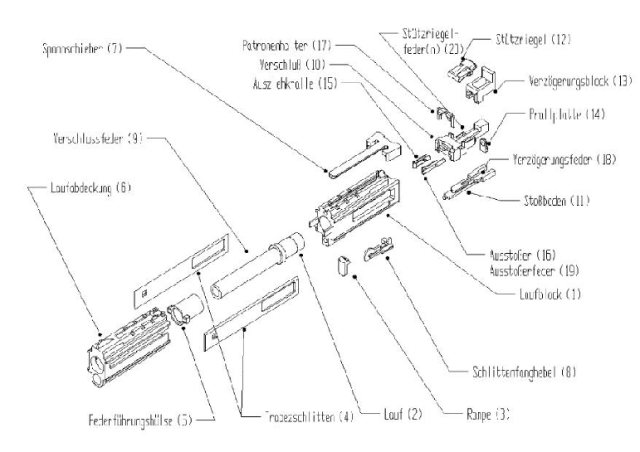 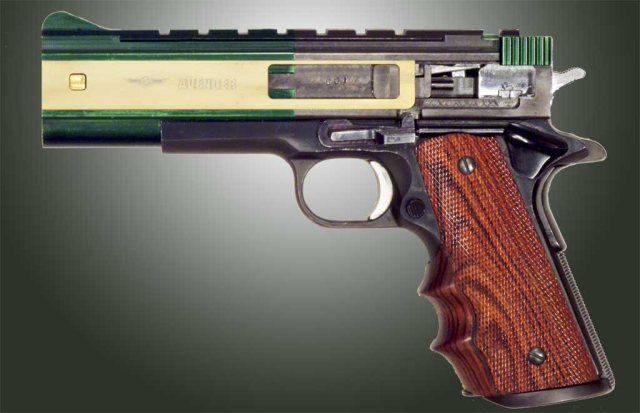 Here are some details that Peter had send me back then:

Back then I thought these were impressive characteristics. I still think so, but it remains to be seen how this kit performs in shooters hands.

Peter, a big thank you for trusting me, in the early stages of this project. I appreciate it.

Here are the latest pictures from this project, as it was eventually presented in 2007 IWA show in Germany. 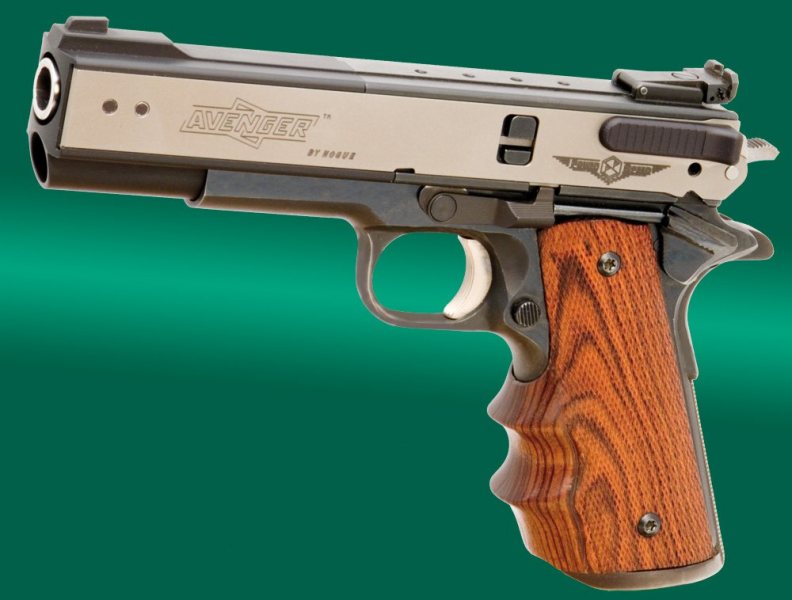 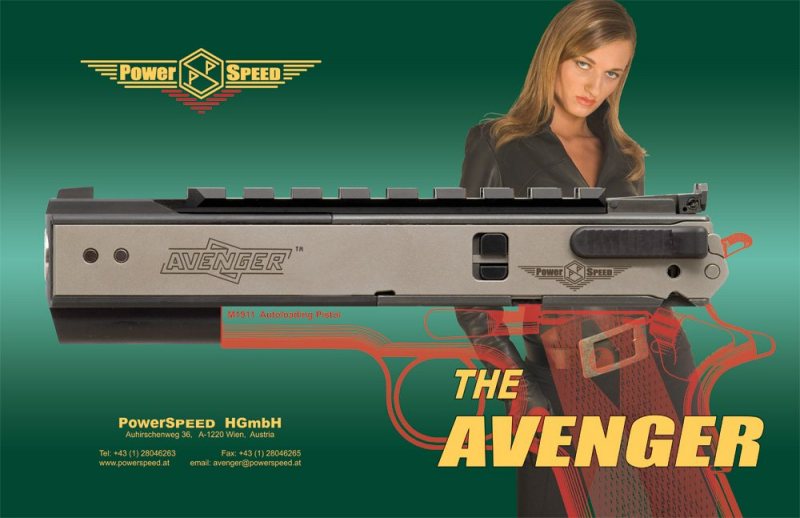 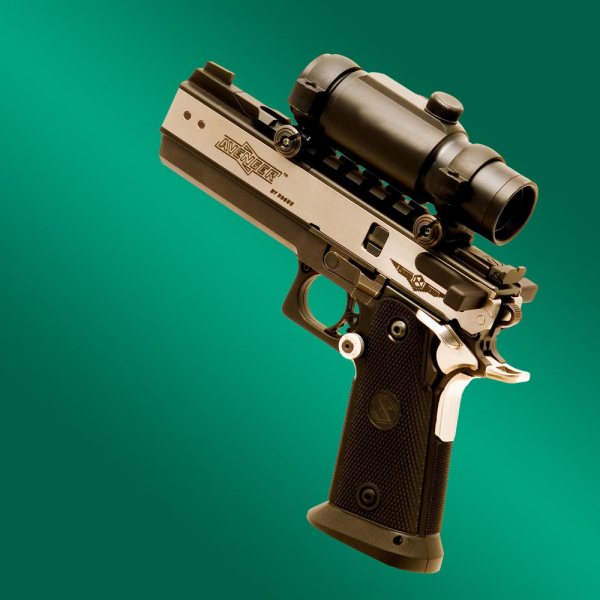 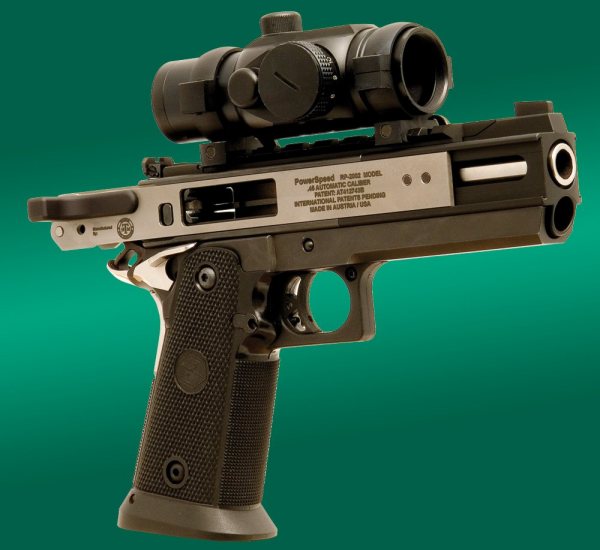 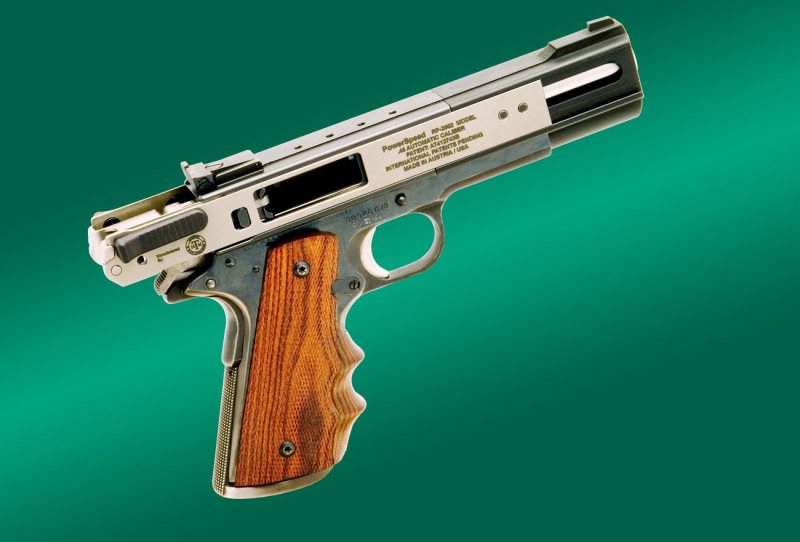